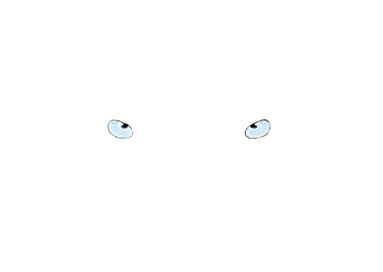 The Dangers of Following the Crowd In Trading or Investing

The Dangers of Following the Crowd In Trading or Investing

Following the crowd is also known as herd instinct.

The term herd instinct refers to the phenomenon in which people join a group and follow the behavior of others, assuming that other individuals have already done research. Herd instincts are common to all sectors of society, even in the financial sector, where investors do not rely on their own analysis but follow what other investors think they are doing.

In other words, herd instinctive investors generally tend to make the same or similar investments as others. Large herd instincts can lead to asset bubbles and market collapses through panic buying and selling.

Why Is It Dangerous to Follow the Crowd In Trading or Investing?

The media and the internet is full of people who are telling us what to do with our money, but is it worth following these so-called experts?

There’s a common saying that goes something like “When everyone is forecasting rain, you should expect sunshine.” There are times when the crowd can be right about what they think will happen in the market. But there are others where following the crowd makes you lose your gains or even worse, lose your capital.

There is a big chance that large groups of people might be mistaken, especially when the herd is expanded by followers who have arrived at a belief or choice only because others did. When it comes to investment decisions, this crowd mentality can be particularly perplexing.

The US subprime mortgage crisis in 2007-10 and the dotcom crash in the late 1990s are only two examples of booms and busts fueled by the irrational wisdom of crowds, dating all the way back to the 1636-7 Dutch phenomenon known as Tulipmania.

These are striking cautionary tales about the dangers of so-called herd investing and flirting with outrageously over-inflated assets — and they appear to be easily avoidable financial disasters in retrospect.

An interesting fact is that when we think for ourselves, that is, when we are not blindly following someone, we actually tend to be very rational. When one knows that everything depends solely on oneself, at least in general, take the time to explore all the possibilities and consequences of one’s actions. But when we are in a group, or when our actions become part of the so-called crowd action, it looks completely different.

Here are some reasons why investors or traders get caught up in following the crowd:

To ensure their long-term success on the market, most publications and learning centers urge rookie traders to constantly follow the trend and never fight the market.

The tendency of people to seek out and follow a leader is another important incentive for crowd behavior. The incapacity of crowd behavior to predict the turning point of a trend is one of its most fundamental flaws.

Individual traders, or non-professionals, tend to follow the group’s thinking during an uptrend and either buy for the first time or add to their existing positions. Prices eventually reach a normal limit, and additional gains become unsustainable.

How can investors/traders avoid following the crowd?

Warren Buffet, also known as the Oracle of Omaha, has advice on how to avoid herd mentality in trading or investing.

Don’t just buy a stock because everyone else is doing so. But don’t try to be a contrarian all of the time and sell the stocks that everyone else is purchasing. The greatest approach to invest, according to Buffett, is to disregard the crowd altogether and concentrate on identifying value on your own.

“The most important quality for an investor is temperament, not intellect. You need a temperament that neither derives great pleasure from being with the crowd or against the crowd.”

When you are about to make a transaction, it is critical that you pause and examine why you are making that particular trade. Try not to go through the motions of spotting deals with many orders and following them. Consider whether the underlying asset’s intrinsic worth corresponds to the number of orders. Once you’re aware that herding exists in markets, you’ll be able to examine assets with a more critical eye.

It’s never a bad idea to do some research. In fact, before making any investment, this should be a habit. You may utilize a variety of resources to learn more about any investment you want to make. It’s true that the more you read, the better.

If everyone appears to be piling into a market, you’re more inclined to mimic herd behavior when making decisions in time-critical circumstances, such as trying to catch the start of a trend in the markets. Just because everyone else seems to be making a snap decision doesn’t imply it’s the best option. Take some time to consider why investing in a market is a good option. Even if you’re a little behind the times, it’s all part of the discipline and will keep you from falling for fads.

If you are unable to devote sufficient time to the research/study, you should seek the advice of a professional. In comparison to your amateur friends or neighbors, he or she will be able to provide you with greater guidance.

You’re more inclined to defend an investment decision if others are doing it, believe it or not. Similarly, if you’re the only person who supports a decision, it may appear undesirable at first. “If I’m the only one thinking it, I must be incorrect,” the obvious thought goes. Don’t be afraid to stand out; you may find yourself trading ahead of the pack.

It is very common for traders to be easily influenced with what others are doing in the market. People tend to buy certain stocks just because they are talked about in the market or because they are bought by major influential investors. In the stock market, buying in fear and selling in greed is always worth it. Those who follow the instinct of the flock never achieve it.

LEARN MORE ABOUT BEING UNIQUE IN YOUR INVESTMENT DECISIONS!

Coming up with your own ideas for investing and trading TAKES TIME. So, don’t rush things and trust the process!

Any cookies that may not be particularly necessary for the website to function and is used specifically to collect user personal data via analytics, ads, other embedded contents are termed as non-necessary cookies. It is mandatory to procure user consent prior to running these cookies on your website.